A closer look at the economic implications of COVID-19 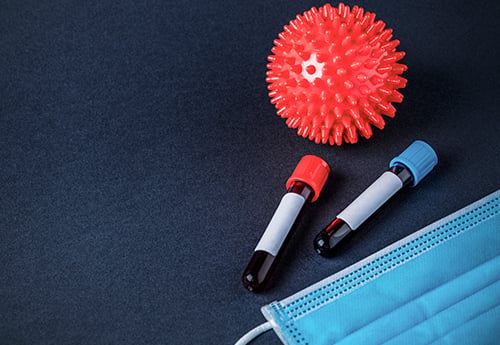 The COVID-19 pandemic is resulting in very real human and social impacts. The likely economic impacts of the COVID-19 outbreak fall into four main categories:

Economic impacts directly attributed to sickness or the containment measures such as “social distancing” that are implemented. Analysis of previous epidemics suggests that reduced mobility within the population has a greater economic impact than the illness itself – and this is becoming apparent in the current COVID-19 outbreak. Governments are struggling to balance the need for an effective response with the desire to respect civil liberty, prevent unnecessary economic damage and not introduce draconian restrictions until they are really needed (not least to prevent “quarantine fatigue” among the population). Governments will need to consider carefully before implementing widespread school closures, given that this materially impacts working parents, many of whom would be required to care for their children and unable to work, or work in a reduced capacity. Different countries are striking this balance at different points, resulting in significant disparities in approach. The impossibility of accurately predicting how COVID-19 will spread is therefore compounded by uncertainty over how national and regional governments will react.

Thus far, the direct impact of quarantining workers or temporary workplace closures has probably been limited – but it is set to increase sharply. The leisure, tourism and travel sectors have been immediately impacted, with a host of airlines calling for government support to mitigate the unprecedented slowdown in business. They will not be the last industry to do so. Governments are acutely aware that their populations and their economies need to shielded from the full effect of the crisis. Only a small proportion of workers can maintain their income via remote working or paid sick leave if they are unable to work normally. Statutory sick pay usually only covers a proportion of salaries. Self-employed workers face a total loss of income if unable to work due to illness or self-isolation. The U.S. is seen as particularly vulnerable given that there is no federal statutory sick pay, no universal state health care and many millions of workers have no health insurance – all of which will dissuade people from self-isolating and encourage them to continue to work until prevented from doing so.

Governments across the globe are therefore introducing a variety of personal and corporate fiscal policies, on a scale not seen since the Financial Crisis of 2007/8. Measures are being implemented to support social welfare and consumer spending, cushion companies from the direct impacts of the crisis, and maximize popular compliance with the voluntary containment measures being implemented. At this stage it is impossible to know how effective these will be, although they are beneficial in helping support consumer and business sentiment.

There will be knock-on impacts arising from disruption to supply chains and other business activity. These include the inability to source products/components, or cancellation of major conferences, exhibitions and other gatherings. Given the highly globalized nature of economic activity, the disruption experienced in major manufacturing locations such as China, South Korea and northern Italy has been quickly transmitted to other parts of the globe. For example, the automotive and electronics sectors are already reporting significant disruption due to closure of suppliers in these countries; Fiat Chrysler, Peugeot and Volkswagen have virtually halted all European car production and the impact will spread through the supply chains of these systemically important industries. Evidence is therefore already emerging of a significant global slowdown in manufacturing activity, although statistical confirmation of the scale of this impact will not be available for several weeks.

The immediate impact will be significantly reduced economic growth during the outbreak, and for a period thereafter as activity takes time to recover. A degree of “bounce back” is likely once the immediate threat posed by the epidemic is removed, with slower growth in the short term followed by a period of faster growth during the recovery. However, not all the lost growth will be recovered, and some sectors or regional economies will see more lasting impact.

There will be ‘contingent’ impacts arising from economic disruption. Whatever the cause, slower economic growth will create significant difficulty for any businesses already struggling to maintain profitability. This is particularly true in places – or sectors - where the economic situation is already fragile, such as Japan and Italy, or the retail sector. As was evident during the Financial Crisis of 2007/8, stress in one part of the economy can translate into business failures elsewhere that are not currently visible or easy to predict. One concern is that difficulties in Italy could trigger another Eurozone crisis. Governments are clearly aware of these risks; authorities around the world have now announced significant stimulus measures designed to support businesses and individuals, and others are likely to follow suit. While banks are being asked to be lenient in the way they deal with customers, and reserve ratios have been reduced to encourage banks to lend, some businesses will inevitably fail. As these numbers rise, the knock-on impacts throughout the economy will become more severe.

The emergency rate cuts and other measures announced by central banks across the globe – with further measures expected to follow - may help support economic activity, but are primarily designed to flood the market with liquidity to avoid any contagion through the financial sector. COVID-19 remains the root cause but the fear is that this could spiral into a significant global recession or even a financial crisis – although the latter is not currently considered likely, given the robust government response seen thus far, and the relative strength of banking sector balance sheets. Our current assumption is that the global economy will fall into recession but bounce back comparatively quickly once the immediate crisis is past, although this is dependent on avoiding significant structural damage to the economy during the slowdown.

There will be redistribution impacts arising from government, corporate or individual responses to the crisis and its impacts. A heightened level of uncertainty around COVID-19 will compound existing concerns over geopolitics and other risks. A shift towards “risk off” decision-making is already encouraging flight to secure assets in the capital markets, hitting equity markets and driving down government bond yields – although the markets remain highly volatile. Further measures are to be expected, given that the knock-on effects of both the equity market decline and the virus itself will continue to expand.

Overall, most economic forecasters now anticipate that the global economy will experience a recession, or very close to it, in 2020. Activity will slow in North America and Europe during Q2 and potentially into Q3 of this year. Elevated uncertainty and risk, or inability to access funding, will cause many businesses to delay investment or expansion plans, some of which will be deferred indefinitely if the overall economic outlook deteriorates further. The main issue is how quickly the economy recovers once things start getting “back to normal” – any lasting damage to the demand side of the economy will delay the pace and timing of the recovery.

The spread of COVID-19 and the containment policies being introduced are changing rapidly. While information included is current as of the date written, the views expressed herein are subject to change and may not reflect the latest opinion of Avison Young. Like all of you, Avison Young relies on government and related sources for information on the COVID-19 outbreak. We have provided links to some of these sources, which provide regularly updated information on the COVID-19 outbreak. The content provided herein is not intended as investment, tax, financial or legal advice and should not be relied on as such.