‘A landmark deal to close cross-border tax loopholes’ – but what does the OECD’s new proposal to reform international taxation mean for commercial real estate? 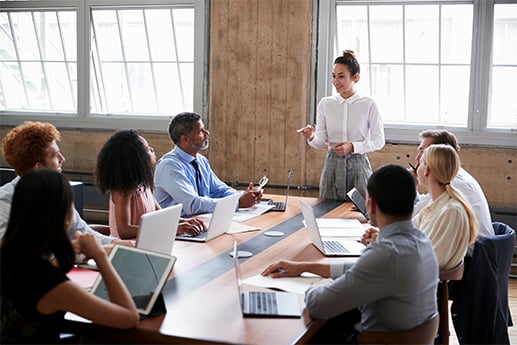 Major economies have long been in talks to discourage multinationals from shifting profits - and tax revenues - to low-tax countries regardless of where their sales are made. Now the OECD (Organisation for Economic Co-operation and Development) has picked up on a plan, building on a new agreement between the G7 countries in June 2021, to harmonise corporation tax rates.

132 countries and jurisdictions, representing more than 90% of global GDP, have already signed up in principle to the resulting OECD statement, set out to harmonise tax policy towards multinationals, reduce corporate tax avoidance and prevent a corporation tax “race to the bottom” amongst countries. The proposals also come as a response to the tax implications of an evolving digital economy, where revenues can be earned in one country but a firm’s most profitable – and often intangible - assets, like intellectual property and drug patents, can be held in a lower tax jurisdiction, allowing companies to avoid paying higher taxes onshore.

Beyond reforming global tax, how could the proposed restoration of the geographical link between companies and tax shape where physical offices are located in the future?

The OECD has proposed a two-pillar solution, which aims to ensure that large multinational enterprises pay tax where they operate and earn profits, while adding much-needed certainty and stability to the international tax system.

The first pillar applies to the largest multinational enterprises and suggests that when a firm’s profits rise above a 10% margin, 20% of the profits can then be taxed in the countries where the sales occurred. Most of a firm’s profits will still be taxed where its headquarters are registered. The proposals only apply to multinationals, not domestic companies, and only those over a certain size. There will also be exemptions for certain industries, like finance. This will limit the impact of the changes, and the number of companies affected is  expected to be low – at most around 100 very large corporations, according to The Wall Street Journal.

The second pillar seeks to put a floor on competition over corporate income tax, through the introduction of a global minimum corporate tax rate of 15% that countries can use to protect their tax bases, compared to an OECD average of 21.5%. This could raise as much as $150 billion of additional revenues if applied worldwide.

It should be noted that there are seven holdout OECD nations who have yet to sign up, including Ireland, Estonia and Hungary. Further concessions to bring them onboard for the agreement of the final deal in October are anticipated, all of which will further limit how much impact the plan will have in practice.

From a property location perspective, most businesses likely to be impacted will be very geographically dispersed, placing their business premises according to a wide range of operational and commercial issues, of which corporation tax is only one. The tech giants these proposals are largely aimed at, have some offices offshore, but they also maintain vast estates onshore.

Tax experts view it as unlikely that there would be much pressure on investment vehicles that have been established offshore to move back onshore. Anti-avoidance measures have already reduced the tax benefits of being offshore, but several funds have continued to operate there due to established infrastructure and ongoing business relationships. For those currently set up offshore, returning onshore could therefore just represent additional expense.

However, it does increase the likelihood that as new funds are formed offshore locations will have less allure, as they may be perceived to come with an element of reputational risk, due to the changing political climate and shift in public opinion on the subject.

More than a tax haven

It is worth remembering that not all places with low corporation tax rates can be considered tax havens in the model of island states offering brass plates. Countries like Ireland and Switzerland are national economies with wide ranging appeal to global businesses, far beyond just tax, and these strengths will remain even if the tax proposals are adopted globally.

To name one example, foreign firms are drawn to Ireland, which currently has a corporation tax rate of 12.5%, for its high-skilled English-speaking workforce, convenient international flight connections, EU market access, reputation, and competitive property costs. All these factors remain in place. It should be noted that some major foreign tech firms operating in Dublin, including Google, have purchased rather than leased buildings, which demonstrates a long-term commitment. Currently, the Irish government is consulting with businesses on the tax plan, although the Minister for Finance has stated his “complete commitment to standing over the 12.5% rate”.

Additionally, both at the national and city level, there will always be other ways to encourage inwards investment, such as grants, enterprise zones, and tax credits.

Regarding where companies choose to base their staff and business premises, the tax plan is not going to cause an earthquake. Moreover, further dilution of the proposal is widely anticipated, both as a consequence of winning over remaining OECD holdouts, and as exemptions are awarded.

We see this as more of an incremental shift of the balance of power from lower to higher tax locations. As such, the consequences for real estate will be nuanced. Large scale and enduring business hubs are not built purely on tax advantages. Decisions on where to base a firm’s working operations are made according to myriad of factors – workforce, infrastructure, incentives, law, reputation, and quality of business space, to name a few.

Hence, it is likely that the main consequence of a minimum global corporation tax will be to push competition between countries and cities towards these other factors when vying to attract inbound investment.